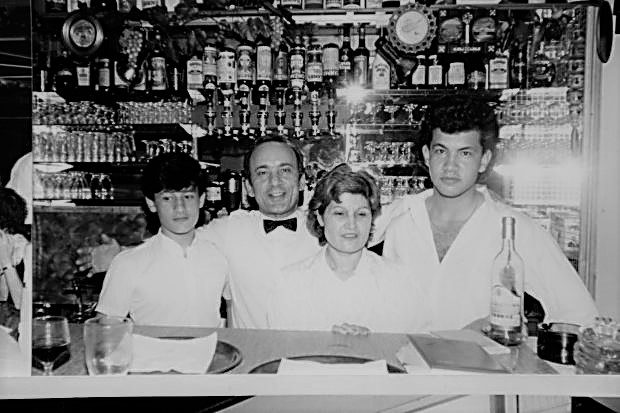 Family: Andreas and Eleni with their sons Soto and Zak in 1985. 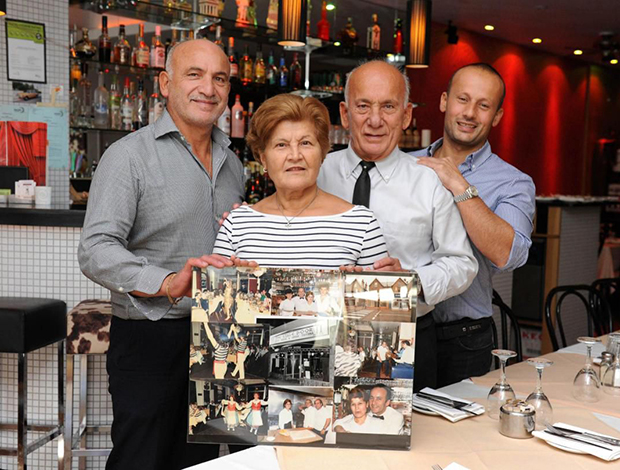 Established in 1984, The Stage Door Steakhouse Restaurant has been a firm fixture of Wimbledon Broadway for four decades. The family-run business owes its longevity to Pediandros (Andreas) Pilalis, who opened the premises 12 years after running the Las Vegas Steakhouse a few doors down.

Born in Leonarriso, Cyprus, Andreas moved to the UK in 1966 and initially settled in Gloucester before moving to Wimbledon. Having worked in the hospitality industry from the age of 15 years-old. Andreas knew that the real secret to a successful catering business was to provide the highest quality food. From Billingsgate to Smithfield markets, the patriarch of the family preferred to hand- pick his own stock and travelled to the markets every weekend at 1am to select the best produce.

Working alongside his wife Eleni, brother Orthodoxos and sons Zac and Soto, Andreas built the restaurant's success through hard work, dedication and a passion that only those of his generation possessed. A man of great fortitude and strength, Andreas sadly passed away in April 2020, but his family decided to continue with the business that they had all worked so hard to build.

Serving the best quality steaks and a selection of traditional, wholesome Greek dishes, The Stage Door Steakhouse's warm and inviting atmosphere has earned it a reputation as one of Wimbledon's best restaurants. Isn't it time you paid a visit ?